accents - screen pics from CSP and books and journal articles

Pics - many closeups in Dan Batovici paper (plan for placement below) 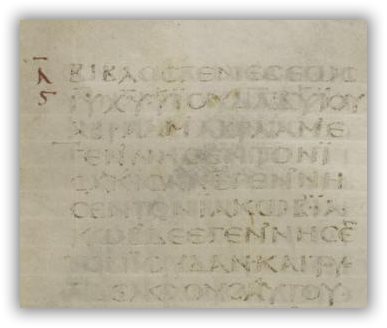 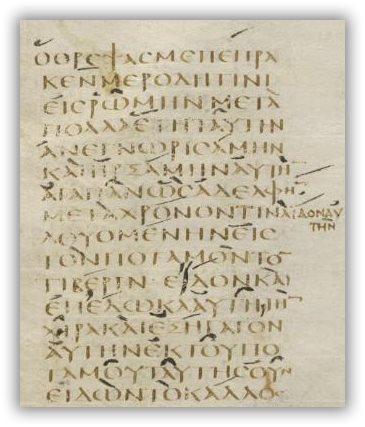 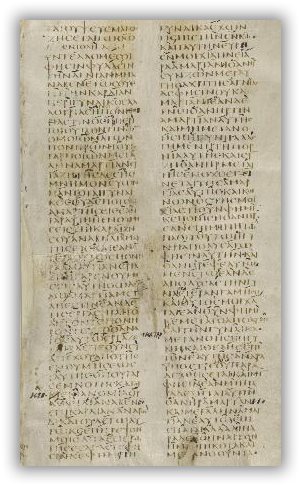 Q93 f74, ENTOLE D (4)
G (3) was removed by cutting it out.
Someone, the same someone, who knew Greek, but didn't know the text well enough to discern what it said, resorted to hand-writing on accents, to figure out where the words began and ended, to figure out what the text said. That would very likely, in my estimation, be a non-Greek. This was done both at the very beginning of Hermas, and on the last visible page before scraps were found elsewhere. Uspensky cut a piece off of this page, indicating it was already pre-cut apart. And I think I know why. - Erasmian?
Click to expand... 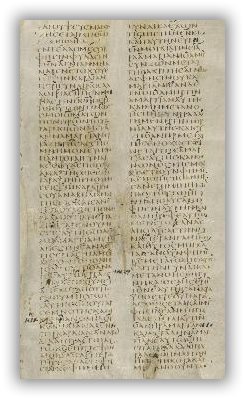 Quotes that make you think

It seems that, one way or another, the fragmentation of the codex—that eventually resulted in the loss of the rest of the Shepherd of Hermas, until at least 1975—antedates or is contemporary with the d corrections: 8th century
Click to expand...

An amazing theory. Uspensky did not notice any missing Hermas.

Supposedly these later sheets had been lost in the New Finds room over a millennium earlier, and then blocked by an earthquake around the time of the Sinaiticus discovery and then found in 1975.

Hugh Houghton
The allocation of page numbers also showed that the fragment of the Shepherd of Hermas (Quire 93 Folio 7; NLR, Greek 843) is part of the same folio as the final page held by the British Library. These digital images taken in libraries hundreds of miles apart were assembled as a composite page by Rosalind MacLachlan (see Figure 6). Much of the text on this folio appears as a correction, because a later hand (Corrector d) with a darker ink has added accents to the unaccented text of the first hand: the accented form is shown in the pop-up boxes. At the top of the third column of the verso, an editorial note is supplied in a mouseover box (indicated by the symbol §), explaining that as the initial letters of each line do not always match known forms of the Shepherd of Hermas the rest of the line has not been reconstructed.

On the recto of this fragment (see Figure 7), there is an example of the paragraph symbol in the second line alongside the title of the third section. This is treated as a marginal annotation, and is therefore located within the opening line-break in order to display it within the margin. However, this coincides with the start of a new verse... p. 45-46
Click to expand...

Are we talking about CSP notes?

Why are there accents in the original hand in Matthew?
This is not a feature of New Testament mss. till much later.

Special features of accents in Hermas - for learning and dividing, Erasmian?

Vaticanus has issues, the accents are supposed to be with the conjectured 11th century overwrite (perhaps 15th century) yet look at this picture, I do not see any overwriting and the accents matches the text.

The ink of the text has been retraced carefully and accents have been added, probably in the 10th or 11th CE (Skeat 1999: "before the ninth"). Original (brown) ink can still be seen at many instances (dittographies, moveable-Nu etc.).
http://www.willker.de/wie/Vaticanus/general.html
Last edited: Nov 29, 2020
You must log in or register to reply here.
Share:
Facebook Twitter Reddit Pinterest Tumblr WhatsApp Email Share Link
Top